Robert B. Ash wrote:(C) Copyright 2003, by Robert B. Ash. Paper or electronic copies for noncommercial use may be made freely without explicit permission of the author. All other rights are reserved.

This is a text for a basic course in commutative algebra, written in accordance with the following objectives.

The course should be accessible to those who have studied algebra at the beginning graduate level. For general algebraic background, see author's online text "Abstract Algebra: The Basic Graduate Year". This text will be referred to as TBGY.

The idea is to help the student reach an advanced level as quickly and efficiently as possible.

- In Chapter 1, the theory of primary decomposition is developed so as to apply to modules as well as ideals.

- Chapter 4 discusses completion, and covers the Artin-Rees lemma and the Krull intersection theorem.

- Chapter 5 begins with a brief digression into the calculus of finite differences, which clarifies some of the manipulations involving Hilbert and Hilbert-Samuel polynomials. The main result is the dimension theorem for finitely generated modules over Noetherian local rings. A corollary is Krull’s principal ideal theorem. Some connections with algebraic geometry are established via the study of affine algebras.

- Chapter 6 introduces the fundamental notions of depth, systems of parameters, and M-sequences.

- Chapter 7 develops enough homological algebra to prove, under approprate hypotheses, that all maximal M-sequences have the same length.

- The brief Chapter 8 develops enough theory to prove that a regular local ring is an integral domain as well as a Cohen-Macaulay ring. After completing the course, the student should be equipped to meet the Koszul complex, the Auslander-Buchsbaum theorems, and further properties of Cohen-Macaulay rings in a more advanced course. 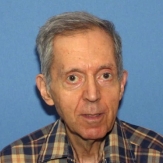