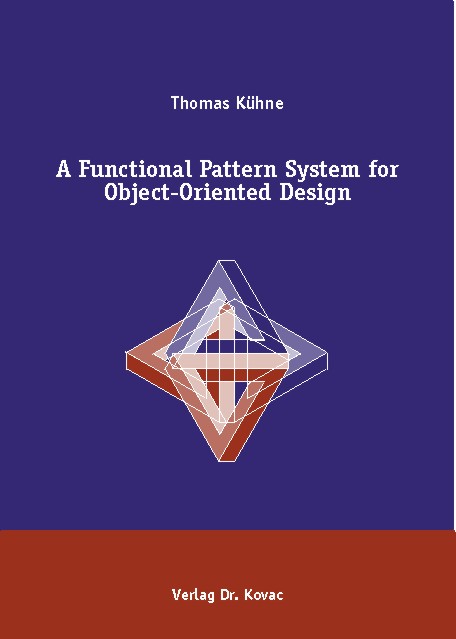 
Thomas Kühne wrote:I have obtained permission from the publisher to distribute the book electronically free of charge. Download a copy of the pdf file without the copyrighted pictures by M. C. Escher. You may still be able to get a printed copy with the pictures. The Portland Pattern Repository features some pages written by others about this work.

These patterns can be used with any object-oriented language to advance software design. The patterns form a system, i.e., a collaborating set of patterns. In their "Related Patterns" sections the patterns refer to each other and to many other published design patterns. The first part of the book introduces each of the relevant areas (object-orientation, functional programming, design patterns). This part also compares the functional and object-oriented paradigms both in terms of concepts and on a calculus level.

This practical aspect is complemented by a theoretical account of multi-paradigm language design. In the third part, an evaluation of the pattern system for its implications on language design is concluded by proposing a new distribution of responsibilities between languages and their environments.

The book uses the Eiffel programming language to illustrate the patterns with running sample code. It includes a critical review of the Eiffel language in terms of its suitability as a functional pattern implementation language.

Since November 2007 Thomas has been an Associate Professor at the Victoria University of Wellington. His research interests include object-technology, programming languages, component architectures, (multi- / meta-) modelling, and model-driven development.

Since November 2007 Thomas has been an Associate Professor at the Victoria University of Wellington. His research interests include object-technology, programming languages, component architectures, (multi- / meta-) modelling, and model-driven development.